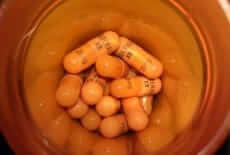 Adderall is a branded prescription medication designed to manage the symptoms of ADHD. Chemically it combines an amphetamine and dextroamphetamine, which are both stimulants and have the ability to regulate hyperactivity and problems with impulse control. While Adderall is not illegal when it is prescribed for its intended purposes, owing to the drug’s effects it has high abuse potential so is a Schedule II controlled substance. It is potentially just as addictive as other amphetamines, cocaine and prescription opiates, which is why there are tight restrictions on using Adderall. Providing someone with just one prescription pill or accepting one from someone else is considered a criminal offence. However, this doesn’t stop large numbers of high school and college students abusing the drug every year.

According to the CDC, around 11% of children aged 4 to 17 in the United States has a diagnosis of attention deficit hyperactivity disorder (ADHD), with rates generally higher in the Eastern states. Not only are more youngsters being diagnosed with ADHD, but more are also receiving treatment with medication, with approximately 6% of children in the US now taking prescription drugs to control this condition, rising as high as 10% in some states. Adderall is one of the most commonly prescribed treatments for ADHD in children, though other stimulants, such as Ritalin, are also popular and non-stimulant alternatives are available. While Adderall and other ADHD medications don’t cure the condition, they can effectively manage symptoms, helping young people to function better at home, school and in the community. In later adolescence it is sometimes possible to discontinue ADHD drugs, though many sufferers need to continue treatment into adulthood to control their symptoms effectively. It is perhaps not surprising that with growing numbers of young people diagnosed with ADHD, prescriptions for Adderall are on the increase in adults as well, with around 14 million prescriptions issued in 2011 for those aged 20 to 39, which more than doubled from the 5.6 million issued in 2007.

Adderall is also a potential treatment for the condition narcolepsy, which is characterized by extreme daytime tiredness and muscle weakness, which in some cases is so severe that sufferers fall asleep during activities. As Harvard University explains, the active ingredients increase alertness by increasing dopamine levels in the brain and to a lesser extent raising levels of serotonin and nor-epinephrine. The long acting version of Adderall is generally preferred for symptom control, allowing improved alertness for up to 8 hours.

Although most people are safe to take Adderall to manage ADHD and narcolepsy, as with any drug there are potential side-effects, and parents in particular may have concerns about their children taking medications that may possibly bring on unwanted effects. As with any treatment it is important to weigh up the benefits and risks, but the habit-forming potential of Adderall should also be taken into account.

A resource produced by the University of Maryland highlights the extent of Adderall abuse among young people. Their figures show that around 1.7% of 8th graders take the drug for non-medical reasons, increasing to 6.5% among 12th graders. Usage is even higher among college students, with 31% of students in one study reporting they abused prescription stimulants at some point during the last year. There are a range of reasons why the pills are popular among students, though as the University of Wisconsin points out, several myths about the effects of Adderall reinforce its use. For instance, there isn’t any evidence that taking Adderall can help academically and any weight loss with the drug is only a temporary side-effect. Students choosing Adderall as a party drug should also be aware that it masks alcohol intoxication, increasing the risk of ethanol poisoning.

Research into students’ views on abuse of ADHD medication shows that they can justify its use in various ways, seeing Adderall as physically harmless and an acceptable choice. For example, many students compare ADHD stimulants to illegal stimulants, such as cocaine and amphetamines, believing that as a prescription product it is safer. As Adderall is typically abused on an infrequent basis, such as around times of academic pressure, students feel they are moderating their intake so it isn’t harmful. Some students also minimize the risks associated with amphetamine-based drugs, telling themselves it is no worse than drinking coffee to stay awake. Other students even believe they have the symptoms of ADHD, so feel that self-medication is a satisfactory alternative to visiting their doctor. However, despite these beliefs, it is important to educate young people about the dangers of Adderall, including its highly addictive nature.