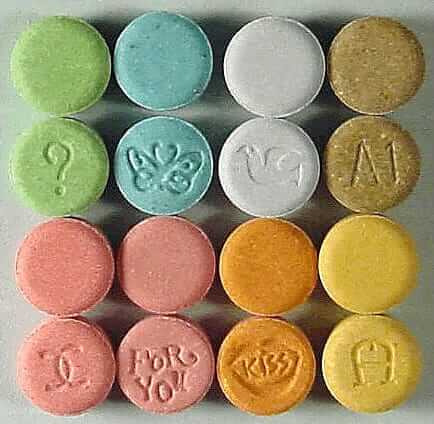 Ecstasy, which is also known as MDMA or Molly, acts on some of the same chemical messengers in the brain as other addictive drugs, so through this observation alone it is plausible that ecstasy is addictive. The addictive nature of MDMA is actually clear through animal studies though, which show that when given the opportunity animals self-administer the drug, even though this is less strong than with other habit forming substances like cocaine. A research paper published in the journal Alcohol and Drug Dependence explored the issue of addiction to ecstasy in humans and concluded that while minority of users begin compulsive use, some people are more susceptible to its addictive nature than others. However, as it is not possible to predict who will develop a destructive habit when they start taking MDMA, you should seriously question whether to take this potentially addictive substance at all. You should also consider that even if your ecstasy use doesn’t become a compulsive habit, abusing MDMA carries a range of risks, so you may well experience more than a high after popping a pill. If you are among those who become ecstasy addicts, help is available to let you kick your addiction to Molly.

Ecstasy is a form of amphetamine and produces similar changes in your brain to taking speed and crystal meth. As the National Institute on Drug Abuse discusses, when you take MDMA it increases levels of dopamine, norepinephrine and serotonin in your brain by triggering their release from your brain’s nerve cells. Compared to other amphetamines though, the emphasis is on serotonin release. Serotonin regulates your mood, sleep, appetite and perception of pain, and it is believed that serotonin is responsible for the euphoric effects of ecstasy. The other positive effects you may experience are feeling a greater connection to other people, feeling that you do not have any worries and feeling that you can think more clearly. However, with the release of large quantities of serotonin this can leave your brain severely short of this essential chemical messenger, explaining the negative effects you may experience after a high. Besides a bad experience during a come down, there is also concern that abusing MDMA may additionally damage the nerves that release serotonin, possibly leading to emotional changes and altered mental function and movement.

It is not always possible to know how you will react to MDMA, particularly if you unknowingly take a pill cut with another substance. Ecstasy pills laced with other drugs, including cocaine, heroin and marijuana, are more common than many people realize, with many tablets containing less than 25% purity. Your age and gender, as well as the frequency and doses of ecstasy that you use also have a bearing on how you will respond to a pill.

The feelings of euphoria you experience after taking MDMA is accompanied by a range of other symptoms, and while some of these may simply make you feel uncomfortable, other make ecstasy a dangerous substance to take. Brown University highlights the most common changes in your body that you can expect after taking Molly:

If you abuse ecstasy at a nightclub or party, where conditions are likely hot, and you combine this with dancing and not drinking enough water, this can lead to heatstroke. When people die from ecstasy use it is usually due to developing heatstroke. Dehydration not only makes you more vulnerable to heatstroke, but you are more likely to develop kidney or liver failure, and makes a rapid pulse worse, increasing your risk of a heart attack. As alcohol worsens dehydration, the combination of alcohol and ecstasy is a deadly mix, particularly as drinking alcohol masks the high you experience so you are not aware how intoxicated with MDMA that you actually are.

A further danger of the side effects of ecstasy is that when under its influence you may make poor judgments and take risks that you wouldn’t usually. This may include binge drinking, smoking, taking other drugs, having unprotected sex or getting behind the wheel. For women who are pregnant, MDMA abuse holds further risks. For instance, the University of Oklahoma informs us that amphetamine abuse is linked to pregnancy complications, poor fetal growth, premature labor and birth defects, and some infants may experience withdrawal symptoms from heavy use.

Although you may not initially see that your ecstasy use is problematic, there are some clear warnings signs that you may have an addiction to MDMA. Recognizing these signals early will allow you to get professional help to quit your destructive habit. According to San Francisco State University, some of the most common problems you may develop with a compulsive ecstasy habit include:

Although medications are not currently available to treat an addiction to ecstasy, if you struggle with the symptoms of withdrawal when you undergo an ecstasy detox, your supervising doctor may prescribe treatment to help you manage the mental effects of MDMA withdrawal more comfortably. As part of a program of drug rehab you will receive talking therapies, such as CBT, which will help you to change your thoughts and behaviors to allow you to effectively remain abstinent from ecstasy and other drugs.