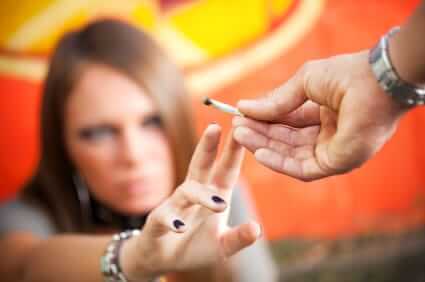 When your kids were in high school or even getting ready to go to college, did you talk with them about marijuana? Many young people feel marijuana use is pretty harmless, but studies show that marijuana use in college may lead to dramatically higher drop out rates.

Using marijuana in college may increase the risk of leaving school, a new study suggests. Researchers found even students who only used marijuana occasionally were more likely to leave than their peers who did not use drugs.

Drugs other than marijuana also were significantly associated with leaving college, the study found.

Continuous enrollment was defined as being enrolled in college for at least one credit during each fall and spring semester for the first four years, the article notes.

“We wanted to look at whether or not drug use interferes with goals students had set for themselves. Our results show that marijuana use is not a benign thing,” said lead researcher Dr. Amelia Arria, Director of the Center on Young Adult Health and Development at the University of Maryland School of Public Health. The findings appear in the Journal of Studies on Alcohol and Drugs.

In a second study, published in the journal Psychiatric Services, Dr. Arria found students who experience depression symptoms and seek treatment in college may be at risk for an enrollment gap, particularly if they use marijuana or other illegal drugs.

If students’ depression was identified and treated before they went to college, they were not at risk for enrollment gaps, the study found.

Take the time to really discuss marijuana use with your kids, let them know how potentially harmful to their futures it could be. It could be the difference between your kid becoming a college graduate or a college drop out. Marijuana use could be the determining factor in your child’s future.