Economic Effects of Alcohol and Drugs 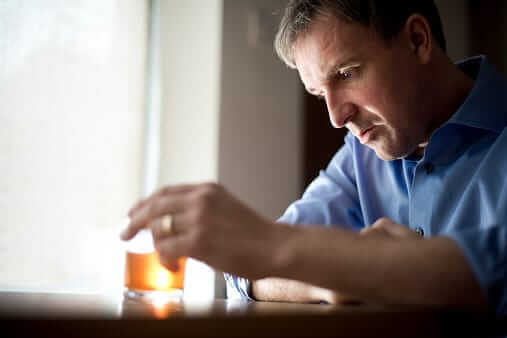 Research reported by the Centers for Disease Control and Prevention estimates that alcohol abuse costs the US around $223.5 billion annually, with close to 75% of the expenses related to binge drinking(1). Reduced productivity in the workplace accounts for the greatest cost, taking up more than 70% of the total cost of alcohol abuse, while paying for the health and law enforcement expenses related to problem drinking each accounts for around 10% of the overall spend. Meanwhile, the report shows that about 5% of the costs relate to crashes that involve alcohol. The economic impact of illicit drug use in the US isn’t far behind, with the latest Government estimates putting this at around $193 billion each year, with again medical, workplace and crime related costs making a significant contribution to the total bill(2).

Alcohol and drug abuse affect both short-term and long-term health, both of which bring with them substantial financial implications when you consider that around 10% of men and 3.5% of women drink heavily and close to 24 million Americans use illicit drugs(3). Intoxication with alcohol and drugs contribute to a worrying number of visits to the Emergency Department, with data from the Substance Abuse and Mental Health Services Administration showing that in 2011 around half of all visits involved the use of illicit drugs or non-medical use of prescription drugs, and a quarter involved both drugs and alcohol(4). Beyond the costs of treating intoxicated patients in the Emergency Department, a significant number require hospital admission, which increases the expenditure even further. For instance, just considering abuse of opioid painkillers, statistics published by the Agency for Healthcare Research and Quality highlight that in 2012 there were close to 710,000 opioid related hospital admissions, with Medicaid and Medicare picking up the cost for around a third of all these admissions(5).

When it comes to the chronic conditions associated with alcohol abuse and drug abuse, these are varied, but both groups of addictive substances contribute to some of the most prevalent long-term health problems. For example, heavy drinking is a major risk factor for heart disease, stroke, cancers of the mouth, throat, esophagus, breast, liver and colon, fatty liver disease, cirrhosis of the liver, dementia and depression(6). Meanwhile, drug dependency increases the risk of cardiovascular disease, lung disease when drugs are smoked or inhaled, HIV and hepatitis through IV drug use and serious mental health problems, including bipolar disorder, schizophrenia and psychosis(7). Heart disease, cancer, respiratory disease, stroke and dementia are already among the leading causes of death in the US(8), so substance misuse disorders are adding to the heavy burden that these chronic conditions bring with them. For an employer having staff on their payroll who abuse alcohol and drugs is extremely costly, as around $134 billion of the total cost of alcohol abuse relates to reduced productivity in the workplace(9). This is not surprising when you consider that 15% of employees in the US report that alcohol impaired their work at least once during the last year and almost 10% reported they attended work hungover on at least one occasion. This reduced productivity not only includes poor performance when at work, but also the costs linked to lost productivity as a result of alcohol related disabilities and death, and the impact this has on the labor force. Increased absenteeism, a higher turnover of staff, a greater risk of accidents when under the influence or recovering from the effects of alcohol, and higher health care costs are also expensive for employers.

After marijuana abuse, prescription opiates are the next most commonly abused drug in America, and workplace costs associated with their misuse are estimated at more than $25 billion(10). Lost earnings following early death account for around $11 billion of this total, while employment loss accounts for around $9 billion.

According to an information bulletin published by the Center for Medicaid and CHIP Services, in 2009 health insurance companies paid out $24 billion to treat substance misuse disorders, with Medicaid providing around a fifth of this funding, as 12% of its beneficiaries have a drink or drug habit(11). While this is costly, it is undoubtedly far more cost-effective to treat problems with substance misuse to reduce overall health care costs, as medical expenses are half those for alcoholics who receive treatment than when alcohol addiction goes untreated. This is particularly the case when substance abuse is treated with the aid of medications like acamprosate, methadone, naltrexone and buprenorphine alongside talking therapies, as despite the cost of pharmacotherapies the benefits are greater than psychological therapies alone(12). Addiction treatment also helps to reduce workplace costs related to substance misuse, as research shows that in relation to heroin dependence drug rehab involving methadone maintenance reduces unemployment, increases wages and improves work productivity(13). Previous figures from the US Department of Justice indicate that among prison inmates 18% committed crimes to feed their drug habit(14). Alcohol and drug abuse also helps to fuel crimes, as more than half of offenders reported being under the influence of alcohol or drugs when they broke the law. Even if substance misuse is not the driver of crime, around three-quarters of inmates with mental health problems and around a half of those without a history of mental illness have a substance misuse disorder, so it is a significant issue for prisons. Juveniles involved in the justice system also have high rates of alcohol and drug abuse, ranging from 19 to 58% across different states(15), and without treatment they are more likely to offend as an adult, further contributing to law enforcements costs related to alcohol and drugs.

A report by the National Drug Intelligence Center highlights that the criminal costs of drug abuse total between $61 billion and $113 billion(16). This not only includes the costs to the criminal justice system, but also costs to victims and those related to activities such as intelligence and assistance to nations where the drug supply comes from. The Drug Enforcement Administration, which identifies, investigates, disrupts and breaks up organizations involved in drug trafficking, as well as removing drugs from communities, had a budget of $2.87 billion in 2014(17). While the DEA reports on what has been achieved in the war against drugs over the last decade, including reduced illicit drug use among teens and in the workplace, recent research on the economics of drug policy shows that the fight against drugs is highly costly and not cost-effective(18).

Researchers from the London School of Economics point out that diminishing returns is an issue, as spending on drug enforcement beyond a point has little impact on the illegal market and merely increases costs to society such as the growing prison population incarcerated for drug related offenses. America’s counternarcotics efforts are also misspent, as it does not reduce the drugs entering the US and dealing with militant groups related to the drugs trade is not effective either. The unintentional consequences of these efforts include destabilization of local economies and governments, alienation within local communities, increased support of militant groups locally and increased violence related to drug activities. The rise in violence that has stemmed from the war on drugs in Mexico and Columbia has forced thousands of families to flee their homes without any financial assistance to start afresh. According to the report, mass incarceration is not the answer either, as with growing prison populations it is not possible to adequately fund the treatment and rehabilitation they need to make a positive contribution to society and address the costs of substance abuse.

The Community Preventive Services Task Force highlights a range of strategies to reduce the economic impacts of excessive drinking(19), which include:

Meanwhile, as the current policies behind the war on drugs have failed to address the problem, the report on the economics of drug enforcement calls for a change in track, with a far greater emphasis on the prevention of substance misuse and provision of the necessary treatment to help addicts overcome their habit. By reducing the number of people who become dependent on drugs and helping others to overcome their dependency, costs relating to health care, the workplace and crime will all fall, and with the money diverted from ineffective drug strategies, it becomes possible to fund drug education and treatment programs.

7. “What are the medical consequences of drug addiction?” NIDA, accessed December 18 2014

12. David Gastfriend, “A pharmaceutical industry perspective on the economics of treatments for alcohol and opioid use disorders,” Annals of the New York Academy of Sciences, 1327(2014):112, accessed December 18 2014