Does the NFL Push Painkillers on Football Players? 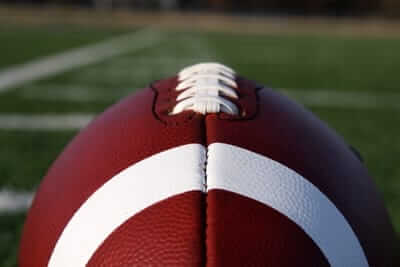 Is professional sports creating drug addicted people? The NFL’s rate of opioid use is 7%, which is three times higher than that of the general population, according to an article published by The Washington Post. Players report feeling pressured by the team’s medical staff to use painkillers that they aren’t comfortable with, and use painkillers before a game to counteract pain they expect to feel while playing.

The National Football League (NFL) has a complex and potentially dangerous system of managing pain, The Washington Post reports. One in four players surveyed by the newspaper said they felt pressure from team doctors to take medications they were uncomfortable with.

The NFL’s rate of opioid use is 7 percent—three times higher than that of the general population, according to the article. Players are given pain medication that can lead to lifelong addiction, and expose them to further injury.

Many players have used the painkiller Toradol. The newspaper found half of players who retired in the 1990s or later said they used the drug during their careers. About 70 percent of those who retired in 2000 or later reported using it.

Toradol is not addictive. Overuse of the drug can cause kidney damage and gastrointestinal bleeding. It deadens feeling, which inhibits players’ ability to feel pain and sense when they have been injured. The survey found almost eight out of 10 players who took Toradol used it to dull pain they expected to feel during games.

“Part of playing in the NFL is dealing with pain. People get hurt, people take painkillers, that’s just part of the game,” said Frank Mattiace, a former NFL player who is an addiction counselor and the Executive Director of the New Jersey-based New Pathway Counseling Services. “So you’re dealing with a double-edged sword. It’s such an ingrained part of their mentality.”

Team physicians say although they would like to give players less pain medication, they are concerned the players would get pain drugs from other sources. Anthony Casolaro, the Redskins’ team physician, said, “If we don’t give them a drug that they’re allowed to have, will they go get it from outside? And what will they get?”

Do you think team doctors providing drugs to sport professionals and encouraging them to use drugs they are not comfortable with is creating potential for addiction to painkillers?