The Difference Between Oxycodone and Hydrocodone 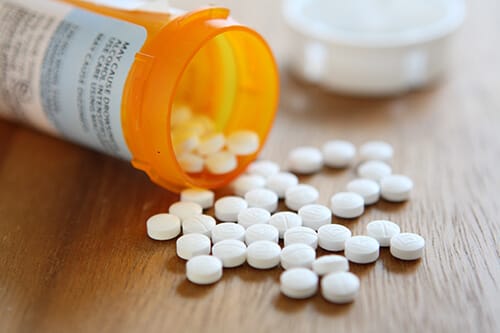 Oxycodone is a narcotic painkiller medication. Many medical professionals use it to treat moderate discomfort. Unlike over-the-counter medications, oxycodone is usually for acute pain. Typically, if your doctor prescribes the drug you’ll use it 24/7 until pain recedes. Overall, oxycodone is not for long-term use.

Oxycodone is a schedule II drug. Meaning, it has medical benefits but is still addictive. The drug often comes in a tablet form you take orally every 12 hours. The most common form of oxycodone is under the brand name OxyContin.

Hydrocodone is also a schedule II drug. Overall, doctors rarely prescribe pure hydrocodone, because it’s so potent. Instead, most patients take extended-release tablets that treat pain up to 12 hours. The most common variety of hydrocodone is under the brand name Zohydro ER.

What is the Difference Between Oxycodone and Hydrocodone?

In many significant ways, oxycodone and hydrocodone are similar. For example, both are controlled substances, interfere with pain signals in the central nervous system, and are only legally available with a prescription.

The major difference between oxycodone and hydrocodone is their addictive potential. Hydrocodone is more likely to lead to an addiction. Many people abuse hydrocodone recreationally as well.

However, the side effects of hydrocodone and oxycodone are identical. Some of the most common include shallow breathing, lethargy, vomiting, nausea, rapid heartbeat, and confusion. Additionally, hydrocodone use is more likely to cause severe stomach pain and chronic constipation.

How Can You Recover From Prescription Drug Addiction?

Using prescription drugs like oxycodone and hydrocodone leads to dependencies and addiction. Even if you began using the medication under a doctor’s recommendation, you could still develop prescription drug addiction. The good news is that rehabilitation services can treat addictions and allow you to permanently overcome drug abuse.

At Steps to Recovery, a series of programs support your decision to embrace sobriety. The many addiction recovery approaches we offer include:

Oxycodone and hydrocodone are both addictive, and pose serious threats to health and happiness. However, at Steps to Recovery in Levittown, Pennsylvania, you’ll learn tools for fighting back against prescription drug addiction. Call 866-488-8684 to turn over a new life, and start living the life you deserve.