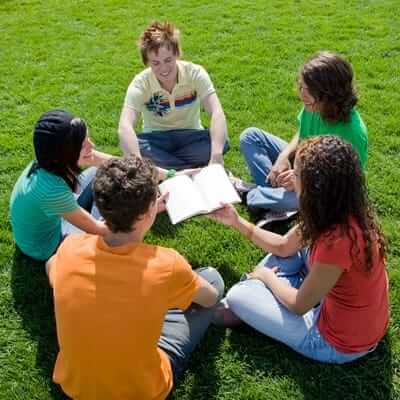 Prescription drug abuse is a serious public health concern in this country, and has become a major concern for teenagers across the United States. More and more young people are turning to prescription drugs for recreational use at younger and younger ages. But research is showing that community-based prevention programs can make a big difference in the number of kids using these drugs.

“Prescription medications are beneficial when used as prescribed to treat pain, anxiety, or ADHD,” said NIDA Director Dr. Nora D. Volkow. “However, their abuse can have serious consequences, including addiction or even death from overdose. We are especially concerned about prescription drug abuse among teens, who are developmentally at an increased risk for addiction.”

Prescription drug abuse — taking a medication without a prescription or in a way (higher dose, snorted) or for reasons other than prescribed (to get high) — has become one of the most serious public health concerns in the United States. According to the 2012 Monitoring the Future survey of U.S. teen substance use, prescription and over-the-counter medications were among the top substances abused by 12th graders in the past year. In 2011, about 1.7 million people 12-25 years old, or more than 4,500 young people per day, abused a prescription drug for the first time, according to the latest National Survey on Drug Use and Health.

The article, by scientists at Iowa State University, Ames, and Penn State, University Park, presents the combined research results of three randomized controlled trials of preventive interventions — termed “universal” because they target all youth regardless of risk for future substance abuse. All three studies involved rural or small-town students in grades six or seven, who were randomly assigned to a control condition (receiving no prevention intervention) or to a family-focused intervention alone or in combination with a school-based intervention:

All of these interventions addressed general risk and protective factors for substance abuse rather than specifically targeting prescription drug abuse. In follow-up questionnaires and telephone interviews completed at 17-25 years of age, students across the three studies showed reductions in risk — ranging from about 20 percent to as much as 65 percent — for prescription drug and opioid abuse, compared to students in the control groups. Importantly, the interventions used had previously been shown to reduce the likelihood of other substance use or other problem behaviors.

“We could find no other randomized, controlled studies where brief community-based preventive interventions conducted during middle school were associated with long-term reductions in prescription drug abuse — six to 14 years after initial program implementation,” said Dr. Richard Spoth, from the Partnerships in Prevention Science Institute at Iowa State University and first author on the study. “The intervention effects were comparable or even stronger for participants who had started misusing substances prior to the middle school interventions, suggesting that these programs also can be successful in higher-risk groups.”