Understanding the Link Between Substance Abuse and Domestic Violence 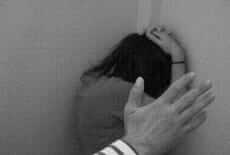 According to CDC statistics, intimate partner violence affects 20 Americans every minute, and close to half of women and a fifth of men experience sexual violence at some point, both of which have impacts beyond the immediate physical effects(1). A wide range of factors are believed to trigger domestic violence, and substance misuse has been suggested as a possible cause. However, the link between domestic violence and substance is more complex. While the majority of people who misuse substances aren’t violent towards their partners, a significant number of people who commit abuse also misuse alcohol and drugs. It also appears to be the case people who abuse substances are more likely to become a victim of spousal violence and that this traumatic experience encourages others to turn to alcohol and drugs. A range of theories may explain these associations between substance misuse and abusive relationships, but what is clear is that both victims and perpetrators of domestic abuse who have a problem with alcohol or drugs need specialist support to address their destructive habits and the issues at home.

While the exact link between the abuse of alcohol and drugs and spousal violence is unclear, data collected on the subject shows a significant association between the two. Just a selection of the statistics reported by the Government are shown below:

There are various possibilities for why a drink or drug habit is linked to violent behavior in relationships, but it is rarely the case that substance abuse is the only factor that precipitates violence, which is why seeking help with alcohol and drug misuse does not necessarily mark the end of domestic abuse, with many partners remaining abusive when abstinent. Firstly, some drugs trigger aggression, most notably cocaine, amphetamines – such as addictive adderall – and benzodiazepines, though withdrawal from percocet and marijuana is also linked to violence(5). Equally, drinking can causes changes in someone’s thoughts and emotions, which can trigger violent outbursts. Alternatively, if people believe drugs are more likely to make them aggressive , they may take these substances before a planned attack. Some perpetrators may also misuse substances so that they can blame their habit for their actions, though when it comes to drugs, alcohol and domestic abuse it is sometimes the case that they are used to make their actions seem less of a problem and numb their guilt. In some instances abusive partners may even blame their spouse for their habit, continuing to abuse drink and drugs to exert another level of control.

There is additionally a school of thought that suggests involvement in one destructive behavior increases the likelihood of involvement in another, with similar risk factors associated with committing substance abuse and spousal abuse(5). For example, those who engage in both behaviors are more likely to be a young male, suffer from stress, anxiety, depression or other mental health issues, have a history of behavioral problems and family difficulties, have a low socioeconomic status and feel detached from the community.

Victims of Domestic Violence and Alcohol and Drug Abuse

Just as there are diverse reasons why someone who abuses alcohol and drugs may commit acts of domestic abuse, there are several possibilities for why someone already abusing substances may become a victim of their partner’s violence(2). While it is never the victim’s fault, when drunk or high this can make them more vulnerable, as it can cloud judgment, make them less aware of what is happening and put them in a situation where it is easier for their partner to take advantage of their state, as they are more likely to be passive to any violence. It is also the case that in environments where substance misuse is tolerated, this is also true of violence. Unfortunately, society is quick to blame victims of domestic violence who have a problem with substance dependency, feeling that they have brought the situation on themselves and that they are not deserving of the same help as others suffering from spousal violence. This negative view is reflected in the action taken by police called out to incidents where assault victims are intoxicated, with officers more likely to blame the victim for the attack(6).

It is common for victims of domestic assaults to become dependent on prescribed tranquilizers, sedatives and painkillers. While these are usually prescribed for legitimate reasons, it is easy for those suffering at the hands of abusive partners to use these drugs, such as hydrocodone to help numb the physical and emotional pain, cope with stress and manage fears of further attacks(5). This is particularly common in cases where victims of violence in the home develop post-traumatic stress disorder or they feel they have no one to talk to about their situation. In some cases a partner may force the victim to abuse drink or drugs, either as a punishment or as a promise that by joining them in their habit they won’t inflict further violence.

When it comes to drugs, alcohol and domestic violence, there are certain signs that can help a partner recognize that the actions they are suffering are down to substance misuse. These warning signs include(7):

If you are already in an abusive relationship, raising your concerns with your partner could easily worsen the situation for you. It is important that you stay safe and avoid putting yourself in a dangerous situation, so talking your concerns through with others is essential. While family and friends can offer you support, seeking advice from specialist drug and alcohol recovery centers about the best approach to take is recommended. This is also the case if you are concerned the abuse you have suffered has triggered your own problems with substance dependency.

Although perpetrators and victims of spousal violence are common in substance abuse programs, the issue of domestic violence is not always addressed and there is often a poor connection between providers of services for those recovering from substance dependency and domestic abuse. It is essential that violent behavior and victimization are explored during the recovery process, as failing to address these can make it more difficult for users to achieve abstinence. Equally, when substance abuse is not dealt with during domestic violence programs, this interferes with their effectiveness. There is indeed evidence that programs for victims that address both domestic abuse and substance misuse are valuable, as demonstrated by a project in Illinois which offered women input from both agencies. Within six months of starting the collaborative intervention women were abusing drugs less often and they also felt more in control of their situation at home(8).

The most common reasons why domestic violence programs do not offer help with substance abuse relate to the fact that their aim is to largely offer shelter and safety, their staff are inexperienced in this area, they have limited resources to pay for specialist services and there is concern that concentrating on substance abuse could increase the likelihood of victim blaming(9). However, research shows that the majority of programs for domestic abuse that do not offer their own treatment for substance misuse refer on to relevant programs in the community and would like to work with specialist alcohol and drug recovery centers to offer an enhanced service. As a result, there is a call for additional funding to bring substance abuse services into domestic violence shelters and to provide integrated treatment programs.

To ensure the issues of alcohol, drugs and violence in the home are properly addressed during substance misuse interventions, not only is it vital for treatment providers to collaborate with local domestic abuse services, but according to recommendations, all staff should receive training on spousal abuse and its health and social implications(10). Substance recovery programs also need to screen those entering treatment for evidence of domestic violence and coercive control, owing to the psychological and behavioral impact of this. Substance abuse treatment services should additionally focus on the wider issues, including domestic problems, that can affect those in recovery, which a holistic and individualized program of care can offer. Recognizing that a partner may sabotage recovery efforts and how this can be addressed is also an important consideration.

It is just as important to incorporate strategies to deal with the behavior of domestic violence perpetrators entering treatment for substance misuse disorders, though a study from 2012 highlighted that just 20% of facilities incorporated this into their treatment and around one-third suspended clients from their program if there was evidence of violence(11). The reasons given for not providing interventions to address violent behavior were also similar to those cited by domestic violence programs in that this was not the aim of their service, their staff lacked training and there were financial constraints. Research demonstrates though that there are particular considerations that should be taken into account when providing treatment for users responsible for violence in the home(12). For instance, a crisis situation must be treated differently, so the plan of action needs to focus on safeguarding the partner and others at home, liaising with both the family and violence support professionals regarding this. There is also the issue that perpetrators of domestic abuse typically blame others for their actions, which can stand in the way of progress in addressing either problem, so fostering accountability is vital and monitoring the degree to which someone takes responsibility can serve as a marker of progress during treatment. Additionally, it is important to assess whether it is intoxication or abstinence that triggers violent episodes, and to draw up a plan offering coping mechanisms to help the batterer to modify their behavior in these situations. Ideally, substance abusers committing violent attacks should be referred to a specialist intervention program for batterers, as this can also enhance their success at giving up alcohol and drugs.