What are the Crystal Meth Effects? 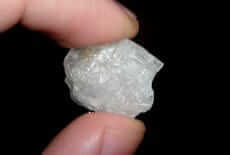 Crystal meth, also referred to as methamphetamine or simply meth, is a stimulant that is similar to amphetamines, but it has a more significant impact on your nervous system than speed. You can take methamphetamine as a tablet, but it can be powered to snort and in its crystal form it is possible to smoke meth. Some users even inject methamphetamine, which delivers its effects quickest when taken in this way. While people typically abuse crystal meth for its euphoric effects, this isn’t the only reason why the drug is appealing. The drug can enhance your confidence and your sense of well-being. Users also see it as an easy way to get an energy boost and to stay alert throughout the day and night. This might be to aid physical activity or to stay awake all night to work, but for people who are homeless taking meth to avoid sleeping at night can seem like a less risky option. As with amphetamines, crystal meth is sometimes used to speed up weight loss owing to the effects it has on your appetite. While users see these effects of meth as positive, this is only part of the story with methamphetamine, as it can also take its toll on your physical and mental wellness.

Side Effects of Meth

According to the Substance Abuse and Mental Health Services Administration, some of the short-term methamphetamine side effects include:

However, crystal meth effects are not just an immediate problem, as the drug can have a lasting impact on your physical and mental well-being. Physically your appearance changes with chronic meth use, with acne and skin sores a problem, which can occur directly due to the corrosive effects of the drug, though a poor dietary intake does not help with healing. “Meth mouth” is also an issue, where your gums and teeth erode, leading to tooth loss that can occur in as little as a year or two. The dry mouth associated with methamphetamine use contributes to this problem, as it does not allow saliva to remove bacteria, but also grinding and clenching your teeth can be enough to break them. The lasting meth side effects aren’t just limited to your outward appearance, as the addictive drug can cause damage that you can’t see. For instance, damage to the blood vessels supplying your heart, brain and kidneys can lead to heart disease, a stroke and compromise your kidney function. These long-term effects of crystal meth use are worsened by the fact that with chronic use tolerance develops, so higher doses of the drug are needed to provide you with the same buzz, which increases the risk of physical health problems linked to meth use.

As the National Institute on Drug Abuse explains, some of the psychological effects of methamphetamine associated with chronic use include:

Meth Effects on the Body

There are some particularly dangerous risks associated with methamphetamine use and certain groups are particularly vulnerable to the crystal meth side effects. A fatal overdose is the most serious consequence of meth abuse, but IV meth users, pregnant women and teens are also susceptible to adverse effects on their body.

Medline Plus discusses the symptoms of a dangerously high dose of crystal meth, which include chest pain, a heart attack, breathing difficulties, stomach pain, agitation, paranoia and seizures. In the worst cases your heart may stop altogether and you may go into a coma, and even if you survive you may be left with kidney failure. If you can seek urgent medical care, the risks associated with an overdose are reduced and you are more likely to have a better recovery.

If you inject meth and you share needles, you increase your risk of HIV and hepatitis, as both infections are transmitted through contact with contaminated blood. Research suggests that if you binge on crystal meth, you are more likely to reuse needles, but as the CDC reports, this isn’t the only reason why your risk of HIV is increased. For instance, even if you take methamphetamine via a method other than injection, you are more likely to have multiple partners, some of who may be syringe users, and are less likely to use a condom during sex. This is because using meth increases your likelihood of taking part in risky behaviors, as you lose your inhibitions and safety is less of a concern when you are under the influence of crystal meth. As methamphetamine can dry out your mucous membranes, this further increases the chance of transmission of HIV, and if you do contract the infection you are less likely to comply with medication, which worsens your prognosis.

As a Government resource highlights, the effects of crystal methamphetamine are especially dangerous for a developing baby, which is why women are encouraged to get clean from crystal meth before they become pregnant. Among the developmental problems caused by meth use in pregnancy are impaired development of the nervous system, heart, intestines, kidneys and skeleton. An unborn baby can also experience a harmful rise in blood pressure when exposed to crystal meth, which can lead to a stroke or hemorrhage while in the uterus. Additionally, if you use methamphetamine, your baby is more likely to be premature, and even if they are born at full-term they are likely to have problems with sucking and swallowing so may find it difficult to feed. Babies of meth addicts also tend to be more irritable and overly sensitive to stimuli such as light and touch. A child’s development can be affected in the longer term when exposed to crystal meth in the uterus, with these children more likely to suffer from hyperactivity, behavioral problems and learning difficulties.

As teens are not yet fully developed they can be more sensitive to methamphetamine effects and it may be possible to overdose on smaller amounts of the drug. Even though abuse of crystal meth is far less widespread among young people than marijuana is, the impact of methamphetamine use is potentially devastating. The signs of meth abuse are hard for parents to miss, so it is important that you discuss the dangers of crystal meth use with your teen.

The Effects of Meth on the Brain

With such a wide range of crystal meth symptoms, how does it exert its effects on your brain? A research paper explains that once methamphetamine reaches your brain it triggers the release of dopamine, serotonin and norepinephrine. Serotonin and dopamine are responsible for feelings of pleasure, while norepinephrine promotes mental alertness. It is likely that cravings for meth develop as a result of dopamine release, as this chemical messenger forms part of your brain’s reward pathways, which encourage you to repeat enjoyable behaviors. There is also concern that overstimulation of the dopamine releasing nerve cells through exposure to high doses of crystal meth could lead to brain damage, which could produce symptoms similar to those of Parkinson’s disease in later life.

With increased tolerance to crystal meth, taking higher doses of the drug doesn’t just increase the risk of unwanted meth symptoms, but also increases the risk that you will become dependent on methamphetamine. Due to the intense rush that crystal meth offers, when not taking the drug you experience very low mood, which nothing seems to improve. As a result you keep taking the drug to avoid feeling so low, which makes it so easy to quickly become hooked on meth. Once addicted to methamphetamine this can impact on various aspects of your life, and as the University of Nebraska points out, also on the lives of those close to you:

If you are concerned you may have an addiction to meth, identifying with any of the above is an indication that you need to seek help with your habit. However, there are also other signs that you may need treatment for methamphetamine abuse. For example, you may find yourself taking higher and higher doses of meth despite its unwanted effects and even if you want to kick your habit you can’t manage to do so. You may also experience withdrawal symptoms if you try quitting, which besides depression includes lethargy and poor concentration, as well as strong drug cravings. Although crystal meth is one of the most addictive drugs available and there is not currently any medication available to treat meth dependence, it is possible to make a recovery from methamphetamine addiction with the support of a specialist drug treatment program.