What are the Effects of Heroin? 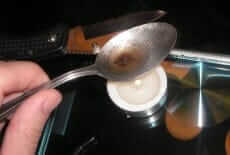 Heroin is derived from morphine, which occurs naturally in opium poppies, and while it is available medically as diamorphine for pain relief, heroin is a highly addictive opiate that adversely affects health and has a devastating social impact. According to the Substance Abuse and Mental Health Services Administration close to 170,000 people over the age of 12 try heroin for the first time each year and more than 500,000 people are abusing heroin or dependent on the drug. Meanwhile, looking specifically at students in grades 9 to 12, the Youth Risk Behavior Survey showed that almost 3% had tried heroin.

Heroin is used recreationally owing to the powerful effects it has on the brain, offering users an immediate rush. Whether heroin is inhaled, snorted, smoked or injected, all deliver the opioid rapidly to the brain. This fast delivery not only contributes to the high you achieve through heroin abuse, but also explains the adverse health effects of heroin associated with its use and the fact that it is so addictive.

The Effects of Heroin

As the National Institute on Drug Abuse explains, when heroin enters your brain it is converted to morphine, which attaches to opioid receptors on your brain cells. These recognition molecules are concentrated in the areas of your brain responsible for pain perception and reward, but are also found in your brain stem, which controls the likes of alertness, blood pressure and breathing, explaining heroin’s effects. Binding to these receptors triggers the release of dopamine, generating feelings of pleasure that heroin users experience as a high, though this is most common when injecting heroin. Exactly how you feel when you take heroin depends on the dose you use, how quickly it attaches to the opioid receptors, how firmly it binds and how long it stays there. However, with the initial euphoria it is typical to experience a dry mouth, skin flushing, a heavy feeling in your extremities and altered mental function. Following the high, a state known as “on the nod” is usual, where you alternate between feeling awake and drowsy. The heroin effects on your brain and body aren’t just limited to these in the short-term though, as a range of heroin side effects may develop.

The most serious adverse effect of heroin is an overdose. There are around 3000 heroin overdose deaths in the US each year and while most of these are unintentional, according to a report by the National Center for Injury Prevention and Control, white males living in urban areas are at greater risk of a heroin overdose. Other risk factors for an overdose include a low income, history of substance misuse, mental health problems and a previous drug overdose. An overdose of heroin can be fatal, as opiates impact on several major body systems, disrupting their normal function. Signs of a heroin overdose include:

If an overdose is treated in time it is possible to reverse the potentially fatal heroin effects on the body. Naloxone reverses the effects of opiates and usually allows recovery within a couple of days, though as heroin is not always pure, the addition of other substances increase the risk of organ damage and the need for further hospital care.

Side Effects of Heroin

Even if you don’t overdose on heroin, you may still experience heroin side effects, whether it is the first time you use the drug or with repeated exposure. As you can’t be sure of the purity or strength of the drug, there is always a risk of unwanted effects when you snort, inhale, smoke or inject heroin. As George Washington University discusses, the most common heroin the drug side effects are:

The effects heroin has on your body and mind act as tell tale signs to others that you are abusing this drug. For instance, one of the visible symptoms of heroin use that others can see is an unusually happy demeanor, particularly if combined with periods of sleepiness, slower responses and slower movement. Tiny pupils are also a giveaway for heroin abuse, as are needle marks on your skin if you shoot up heroin, though covering your arms with long sleeves in the summer may also raise suspicions. When you have been using heroin for some time and you decide to quit, they may also notice heroin withdrawal symptoms such as depressed mood, anxiety, irritability, restlessness, insomnia and chills. However, the equipment you need to support your heroin habit can also alert others to your drug taking. If you are concerned a loved one might be abusing this opiate, examples of paraphernalia for heroin include:

With continued use you increase the risk of long term heroin effects, though exactly what you experience depends on your chosen method for taking heroin. If you inject heroin, one of the main risks is infection if you share needles with other users. The practice of sharing needles is widespread, as it is illegal in the majority of states to possess needles unless you have a medical need and needle exchange programs are not widely available. However, even if you are able to take advantage of needle exchange facilities, the very practice of piercing your skin can still introduce infectious microbes to your body. Meanwhile, inhaling, smoking and snorting heroin can damage your airways and lungs. Heroin abuse also has an adverse effect on pregnancy outcomes, and the risks of dependency and addiction increase with chronic use.

Government statistics show that IV drug use is responsible for around 10% of HIV infections. However, dirty needles aren’t the only source of HIV, as other paraphernalia associated with injecting drugs, such as reusing cotton or cigarette filters, or the caps, spoons and containers used to heat heroin to form a solution, or even using contaminated solutions can all introduce the virus. Equally, if your judgment is clouded when you are high and you have unprotected sex with a new partner, this also places you at increased risk of HIV transmission.

HIV isn’t the only blood-borne infection that you may contract from sharing needles and equipment for IV heroin. You also risk hepatitis B and C, which are two severe liver diseases that over time can lead to cirrhosis, liver cancer and liver failure, and are sometimes fatal. According to a report by Rutgers University, IV drug use accounts for around 15% of hepatitis B cases and 50% of hepatitis C cases.

Even if you manage to avoid HIV and hepatitis, you are still vulnerable to skin and soft tissue infections, as bacteria on your skin can easily enter the wounds created by injection. When these bacteria enter your bloodstream they can make their way to your heart and infect your valves, leading to a serious condition known as endocarditis. Alternatively, the infection may enter your bones causing painful conditions such as septic arthritis and osteomyolitis.

While it is safest to avoid IV heroin use and to seek help to overcome your habit, there are steps you can take to minimize your risk of contracting infections through intravenous drug use. Besides avoiding shared needles and other drug paraphernalia, you should use a sterile needle on every occasion you inject, which you can obtain from needle exchange initiatives and some pharmacies. Additionally, all water for drug preparation should come from a clean source and be boiled for 5 minutes before use, and you should use disinfected cookers and a new filter each time you inject. An alcohol swab should also be used to clean your skin prior to injection. As these steps cannot guard against HIV and hepatitis completely, you should take a yearly test for these infections to allow early identification and treatment if necessary.

In the short-term heroin can cause hypoventilation, the buildup of fluid in the lungs and severe asthma, which leads to low oxygen levels requiring supplementary oxygen and artificial ventilation. If you have asthma, snorting heroin is inadvisable, as it can easily trigger a potentially fatal asthma attack. Besides the acute impact of heroin abuse on the lungs, an article published in the Clinical Atlas of Interstitial Lung Disease details the long-term lung complications. For instance, talc is commonly found in heroin, which can directly damage your lung cells and cause the formation of blood clots in the small blood vessels, resulting in raised blood pressure in your lungs, inflammation and scarring, which leads to shortness of breath and a cough. Abnormal air spaces also form in your lungs, which compromises oxygen supply further. Additionally, the use of unsterile needles can introduce lung infections and impurities in heroin can cause swollen lymph nodes in the chest. Together these changes are referred to as heroin abuser’s lung.

If you are continuing to use heroin when you conceive, you are more likely to develop complications during pregnancy, which can impact on your developing baby. The University of Cincinnati highlights that as a heroin user you are at increased risk of high blood pressure, an abnormality with the placenta and premature delivery. As malnutrition is common among chronic users of heroin, this makes you more susceptible to anemia and also has implications for the supply of nutrients your baby will receive in the uterus. When born your baby will likely have an addiction to heroin and experience withdrawal symptoms, typically presenting with a shrill cry, irritability and does not respond when comforted; sometimes they may also develop seizures following birth.

As a resource by the Department of Health and Human Services explains, tolerance to heroin easily develops. This means that your body no longer responds in the same way to a given dose of the drug, so you need to take increasing amounts of heroin to achieve the same high. Heroin tolerance may develop due to changes in the opiate receptors and signaling pathways that occur due to repeated exposure, as is the case with morphine. When tolerance encourages you to take higher doses of heroin, this allows you to develop a physical dependence on the drug. In heroin dependency your body adjusts to its presence and if you suddenly reduce the dose you take, your body reacts with a range of withdrawal symptoms in a matter of hours. For heroin symptoms of withdrawal include feeling restless, having difficulty sleeping, muscle pain, involuntary movements, nausea and vomiting, as well as suddenly feeling cold with goose bumps – hence the phrase “cold turkey.” While these symptoms are worst during the first couple of days after your last dose of heroin and can subside within a week, with chronic use they can last for months. It is possible to be physically dependent on heroin without having an addiction, but the more heroin you take, the more likely it will become an addictive habit. This is because repeated heroin exposure creates lasting changes in your brain, which encourages you to seek out and use the drug, prioritizing that above everything else in your life. Once addicted to heroin, the only way you can free yourself from its grip is to enroll in a heroin addiction program to take part in heroin detox and receive specialist counseling to aid your recovery.