What are the Effects of Bath Salts? 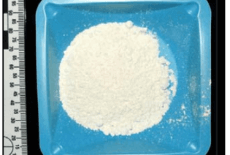 Bath salts are a family of drugs that contain a synthetic chemical similar to cathinone, a stimulant not unlike amphetamines that occurs naturally in a plant known as Khat. Their name is used for marketing purposes so that their sale does not attract the attention of the authorities. Bath salts are, however, unrelated to the likes of Epsom salts added to water to improve your bathing experience, which have no psychoactive effects. Synthetic cathinones can induce feelings of euphoria, but they can also adversely affect your mental wellness and have a number of dangerous side-effects. The growing use of bath salts is therefore a great concern.

With brand names such as “Cloud Nine,” “Vanilla Sky” and “Lunar Wave,” bath salts are designed to appeal to younger users. Synthetic drugs are particularly popular with senior high school students, with a Government report showing that synthetic marijuana is the second most common drug used by twelfth graders. The availability of bath salts either from small retail stores or online also makes them easily accessible to teens. This is even more so now, as the number of synthetic cathinones is rapidly increasing, going from just 4 in 2009 to 31 in 2012. Their ease of access doesn’t make them safe though, as the content of bath salts is unpredictable and they can be just as dangerous as other illegal stimulants such as crystal meth, speed and LSD.

In a report the US Department of Justice is keen to stress that bath salt abuse is not limited to younger people though, as this is a growing problem seen across that US that affects all demographic groups. While the under 40s and current users of stimulants appear to be particularly drawn to them, highlighting the dangers of synthetic cathinones and banning their sale are measures that will help to protect everyone.

Whether you ingest, inhale or inject bath salts, they have a significant effect on your brain, with snorting and IV use the most potent. As synthetic cathinones are new substances and new chemicals are being introduced the whole time, their exact impact on your brain is still unclear. Some of the most popular chemicals found in bath salts are 3,4-methylenedioxypyrovalerone, mephedrone and methylone, which are structurally similar to amphetamines and ecstasy, so potentially act in the same way. The National Institute on Drug Abuse discusses that the effects bath salts have are consistent with those seen in other drugs that increase dopamine levels. A surge of dopamine through the reward pathway in your brain leads to euphoric feelings. These intense feelings are not surprising, as a study revealed that the most common chemical in bath salts (MDPV) appears to be 10 times as potent as cocaine.

You also experience increased energy levels after taking bath salts, along with feeling more sociable, but not all users experience pleasant symptoms. For instance, the Michigan Department of Community Health highlights that taking synthetic cathinones can lead to hallucinations, severe paranoia, agitation and violent behavior. That is before you even consider the adverse physical effects of bath salt abuse.

The unwanted effects that synthetic cathinones have on your body are varied, but according to Maine’s Department of Education, the most common include:

Another concern regarding bath salt effects is the addictive potential of synthetic cathinones. With a lack of research into whether bath salts are addictive, this is currently unknown. However, surveys of bath salt users provide some indication towards whether these drugs are habit forming. For example, a piece in the Journal of Medical Toxicology reported that 50% of mephedrone users feel the drug is addictive. Another poll found that just under 5% of people who abuse mephedrone report taking it daily and more than 15% report symptoms of addiction. A common theme reported by users of bath salts is that they have strong cravings to take these drugs more often or in larger doses, and these cravings occur soon after taking their initial dose. Some synthetic cathinone users certainly act on these desires and find themselves taking several doses one after another. This is a particularly dangerous situation, as multiple high doses increase the risk of an overdose.

Users who become dependent on bath salts are likely to develop withdrawal symptoms when going for a time without a dose. Again, the nature of bath salt withdrawal symptoms are unclear, but some users report becoming anxious and low when they take a break. Anxiety and depression are often experienced during stimulant withdrawal, along with other signs such as fatigue, poor concentration, difficulty sleeping and reduced mental abilities. Even though more research is necessary to understand the likely symptoms of a bath salts detox, do not delay seeking help if you feel you may have become addicted to artificial cathinones. Professional support can help you to give up your destructive habits and get on the road to recovery.