There are many dangerous party drugs out there, and one of them is ecstasy. While many people take this drug at parties, few of them know what it is. Even fewer people know the effects that it has on the body. Below is more information about short- and long-term ecstasy effects. 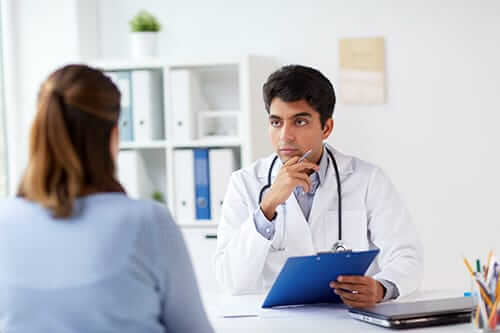 To start, it’s important for people to know more about ecstasy itself. It’s actually the street name for the drug 3,4-methylenedioxymethamphetamine (MDMA). There are many other names for this drug too, including:

Regardless of what people call it, ecstasy is a synthetic chemical. The drug mimics the effects of stimulants and hallucinogens. A German chemical company, Merck, made the drug in 1912.

Over the years, people found different uses for ecstasy. Even the U.S. Army found a use for it. In 1953, the military branch held psychological warfare tests with the drug. It wasn’t until the 1970s that the drug made it big in the party scene.

Now, people need to learn more about what ecstasy does. In the short term, it affects basic physical needs. For example, those who take ecstasy typically don’t feel the need to drink, eat or sleep.

Right after taking the drug, they have a rush of energy. They often see hallucinations and feel happy too. Keep in mind that because the drug is human-made, the effects vary between doses. Sometimes the effects last just 30 minutes, but other times they continue for six hours.

When people take ecstasy, they also feel more pleasure with physical touch. This leads to an increased level of sexual arousal and sexuality in general. It can also cause a distorted perception of time.

Not all of the short-term effects are pleasurable, however. Ecstasy can cause fever, shaking and nausea as well. Some people might experience increased heart rate and blood pressure too.

The long-term ecstasy effects are much worse than the short-term ones. Most of them are mental. Experts believe that they’re the result of increased serotonin levels, which the drug causes in the brain. High amounts of serotonin can damage the neurotransmitters in the brain.

This damage can lead to numerous psychological problems. Some of the most common include memory loss, anxiety, and depression. Also, serotonin regulates healthy sleep cycles. An improper balance typically results in insomnia.

Like any drug, it’s possible to overdose on ecstasy, and it’s easy to do. People overdose because the amount in each dose varies depending on who makes the drug. Common overdose symptoms include loss of consciousness, seizures, and death.

Let Steps to Recovery Help You Get Over Ecstasy Abuse

Do you or a loved one struggle with ecstasy abuse? If so, don’t let the effects keep you from living a healthy and happy life. Ask Steps to Recovery teach you more about ecstasy effects and how to get over your addiction today. We believe in helping our clients overcome a wide range of drug addictions, including ecstasy.

At Steps to Recovery, we provide a long list of programs. Our goal is to promote a healthy lifestyle without drug abuse. Whether we teach you about ecstasy effects or provide alcohol drug education, our friendly staff is here to help. Some of the programs that we offer include:

Don’t let ecstasy abuse send you to an early grave. Let Steps to Recovery teach you more about ecstasy effects and why this drug is bad for you. Reach out to us for help at 866-488-8684.